So I was on a roll — I was an executive with a nice salary, annual bonuses and stock options, all the perks. Everything was on track … and on Monday, January 7th, 2008, at three o’clock in the afternoon, in a small conference room on the top floor of our building, the President of the company wanted to have a quick meeting with me, which wasn’t unusual since he was my boss, but the meeting turned out to be even more brief than expected.

And I’ll never forget how his words just sucked the breath right out of me. And I left the conference room in a dazed state and I went home and curled up in my bed in the fetal position  for three hours. And while I could go on in vivid detail about how I felt, what it did to my self-esteem, my finances and so on … what I now realize is, while that event created the greatest amount of discomfort I had ever felt, it was that discomfort, the departure from my ordered life that forever changed it for the better.

What makes you comfortable can ruin you, and only in a state of discomfort can you continually grow.

Now I suppose on January 8th had somebody come up and said, “Gee Buddy, getting fired is a good thing because now you’re really going to grow!” I probably would have smacked them. But pretty quickly I became motivated to start a new journey. And after a couple years of work with my new team and a PhD friend at the University of Nebraska, we had this epiphany on how to illustrate and apply the science of discomfort and growth.

We call the concept “The Growth Rings.”

The Growth Rings represent living environments that promote or hinder growth, and that includes everything from your place of work, to even a fishbowl … you see, what dictates the size of a goldfish is its environment, and while this goldfish lives in a very safe environment, it’s also very limiting in most every way. And when placed in a more robust environment, like say a small pond,  this can be the result – now it also means he could be eaten. But friends, this is you – the environments in which you work, live and play; they all are a proverbial fishbowl that dictates your growth.

So the first Growth Ring represents a low-performing, low-growth environment called Stagnation. Stagnation is understood by having to follow too many steps and permissions and minutia that stifles creativity, independent thought and action. To imagine an environment such as this, think no further than our state and federal governments.

Now the antithesis of stagnation is chaos. Also low-growth and low-performing, chaos can be caused by internal or external events or conditions. We see chaos occur at times in business mergers, natural disasters, and horrific events like 9–11. Chaos is having zero predictability or control over inputs and outcomes.

Coming back down the Growth Rings, next to Stagnation, is the most desirable environment: Order. Order is knowing that what you do or what is happening in your environment leads to a predictable outcome. And, in predictability, comfort is found. But comfort is also what makes Order so dangerous, because science shows that any time you continually do something or even think about something the same way, you will eventually stop growing. And this applies to every living thing — even our dog.

You see, if Aspen had a chance she’d choose comfort six days a week and twice on Sundays. But too much growth-limiting Order would have prevented her from becoming a therapy dog, and had this been allowed, think of the lives this gentle soul would not be touching today.

So, before your Order continues to limit the way you think and act, remember what I said earlier …

Growth ONLY occurs in a state of discomfort.

Now think about the power of that phrase: Growth only occurs in a state of discomfort. I can unequivocally state I wouldn’t be standing on this stage today without my uncomfortable, Order-disrupting day nine years ago. By the way, I’m not recommending you go get fired to see if it leads to a TED Talk, but when you feel discomfort hit, that means you’ve entered  …  the Complexity ring.

Complexity is nothing more than changed Order, but when your Order is changed, outcomes are no longer predictable, and it’s unpredictability that makes you uncomfortable. And while most times your visceral response to discomfort is not just “no” but “hell no,” you can actually learn how empowering it is to consciously acknowledge discomfort. And then, when appropriate, choose Complexity over Order. And I know seeking discomfort sounds odd and not many people do it, but you have to learn to embrace it, because it’s the only environment where sustained or exponential growth can occur.

Okay — to weave high-growth complexity into the fabric of your lives, there are three primary ways it can be triggered:

Complexity trigger #1  –  Is it can be forced upon you

When I got fired, I didn’t have a chance to stay in Order. Complexity was selected for me. And when this happens, how much you grow depends on how you respond to it. Now I could have remained angry, I could have used it as an excuse, but what I actually learned is that I suck as an employee, and I’m much better off accepting the risks of running my own company.

Complexity trigger #2  –  Someone can help you get there

This is the role of parents, teachers, coaches and bosses, because, left on their own, people will consciously or subconsciously select the comfort of order and they then need to be pushed into complexity in order to continue growing.

My youngest daughter spent most of her high school life training to play tennis, and her coach was pretty familiar with our work on complexity and the Growth Rings. So I called him up one day to check on Maddie’s progress, and I was able to phrase my question like this: I said,  “Hey Lee, how long has it been since Maddie has been pushed deep into Complexity?”

Lee’s response , “Hmm, funny you would ask, Bill, we got there yesterday; she broke down into tears on the tennis court.”

Huh … well, knowing how tough my daughter is, and the fact that she NEVER cries, told me she was deep into complexity.

But friends, this is where critical developmental decisions are made. Because the old Bill – the pre-Growth Ring Bill – would have intervened and would have wanted to know what was making her so uncomfortable. Then I would have done everything I could to try to get her happy again. What I really would have been doing is removing the complexity and putting her in order. I actually would have been stifling her development. But the new, post-Growth Ring Bill relished in his daughter’s discomfort, and it was the Coach’s next words that told me everything I needed to hear.

He said, “But, Bill, I gotta tell ya, it took a heck of a lot more to get her to the limits of complexity this month than it did last month.”

Discomfort was causing her growth.

Okay but what if you’re not lucky enough to live or work in a robust, high-growth environment? What if you are stuck in Order or, even worse, Stagnation? Well, the great news is everyone can trigger complexity at any time.

So Complexity trigger #3  –  trigger it yourself

Take a journey with me back to Montgomery, Alabama, in the 1950s. Imagine, if you will, a young girl who is black, and she attends an all-black high school, and she takes the city bus to get there and home, which wasn’t unusual in that era.

And on March 2, 1955, she boards the bus to come home from school and she sits near the back, in the first row of seats where blacks were allowed to sit. And as the bus continues to fill with white people, there’s eventually no more room in the front of the bus. And, according to local law, she needed to move further back to create room for white people to sit.

You see, Montgomery had an Order in place that, when followed, led to a very predictable outcome — repression of people with little conflict. But, 15-year-old Claudette Colvin had just spent the last month in high school studying black history, and she was understandably fed up with the historic and existing atrocities.

And so, on this day, she decided she didn’t like Montgomery’s Order, and by refusing to give up her seat, she sent a community, our laws and our entire country into Complexity. Yes, nine months before Rosa Parks made her famous decision to stay put, it was a 15-year-old girl that was handcuffed, dragged from the bus and taken to prison.

It was Ms. Colvin, not Rosa Parks, who first fought the law … and, by the way, was also the star plaintiff to testify in the famous lawsuit that went all the way to the U.S. Supreme Court.

So, I use Claudette’s actions not to heighten awareness of race issues, although that’s not necessary bad, but I used it as an example of every issue, of every situation in an ordered environment. It’s a real and perfect example of Complexity forcing people, our communities and our courts into discomfort, and the downstream impact that can occur any time someone elects to move from Order.

“The constant façade of order hides the wilderness that is craving to seep out and teach us that life wasn’t created to be what we think it is. Beyond words we must experience the wilderness to be taught what cannot be otherwise known.”

So, friends, it’s not the discomfort of losing a job, it’s not having a child break down on the tennis court, but it’s Order you should fear the most, for it is a threat. And Order disrupting people like Jesus, Galileo, Claudette Colvin, Aspen’s trainer. And maybe even a few of you have already proven. Now think about this, it’s not the complexity triggering individuals or events you should fear the most, but it’s your own willingness to accept or seek discomfort that will dictate the growth of not just you, but our entire world.

Hire Bill to Speak at Your Next Event 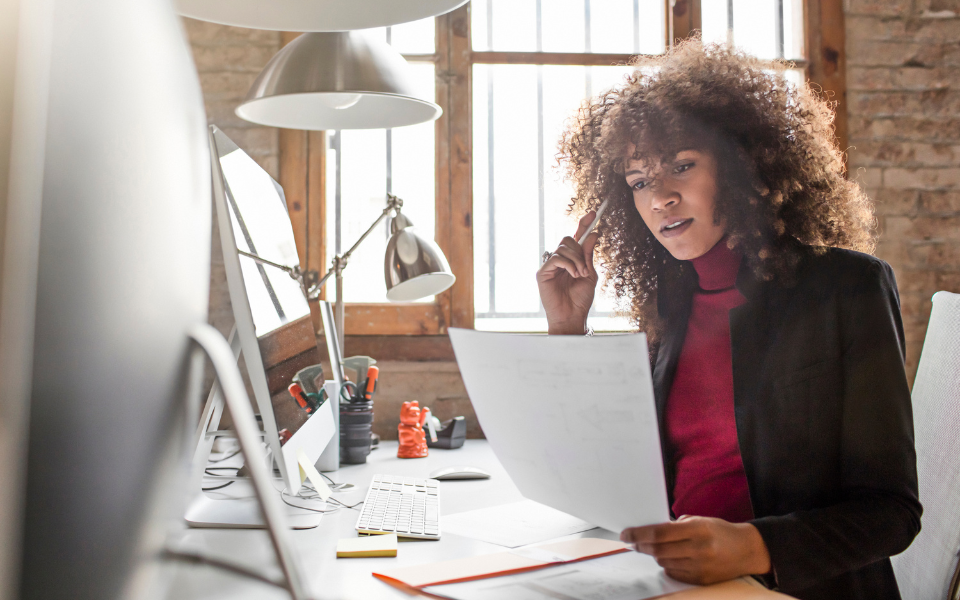 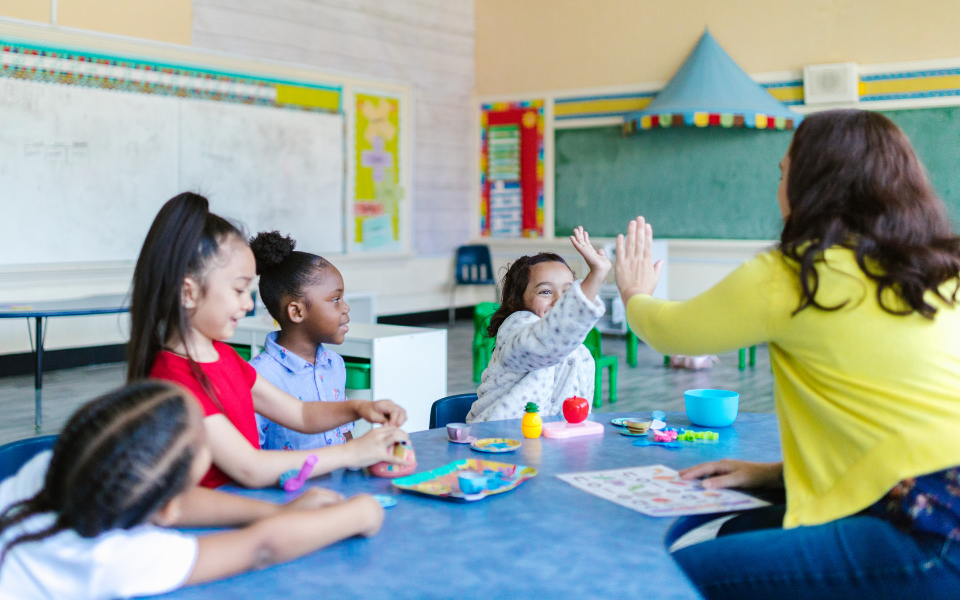 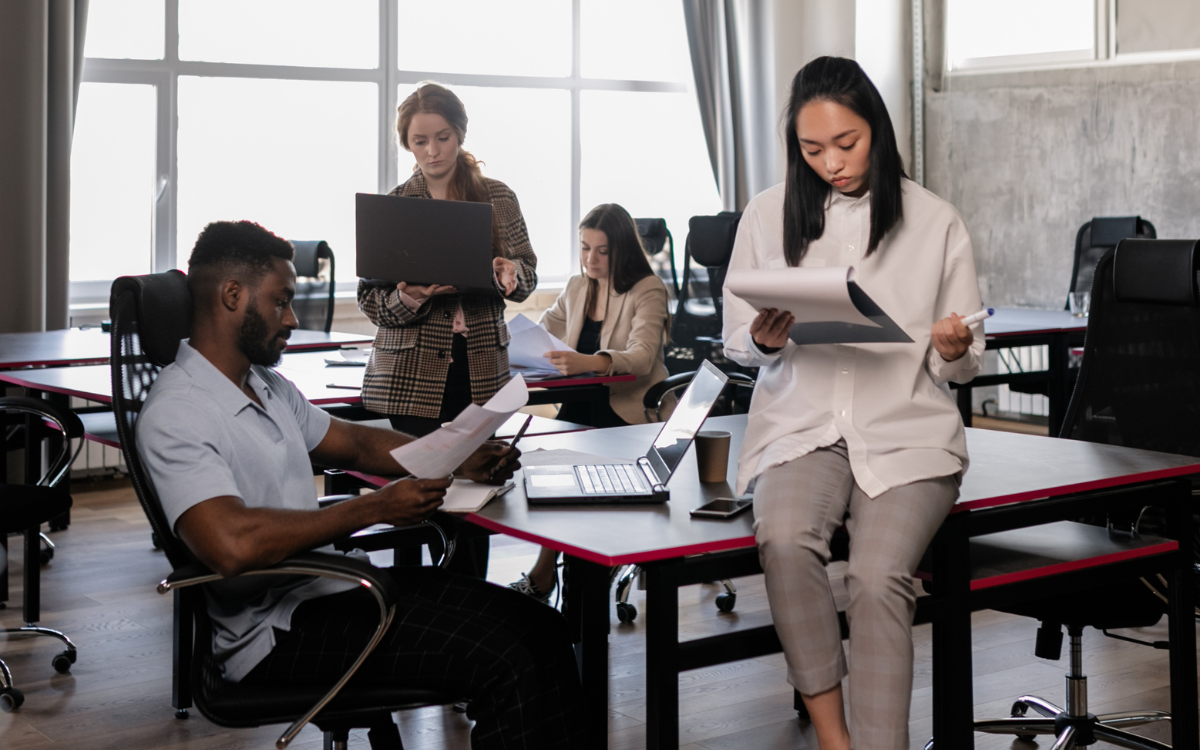 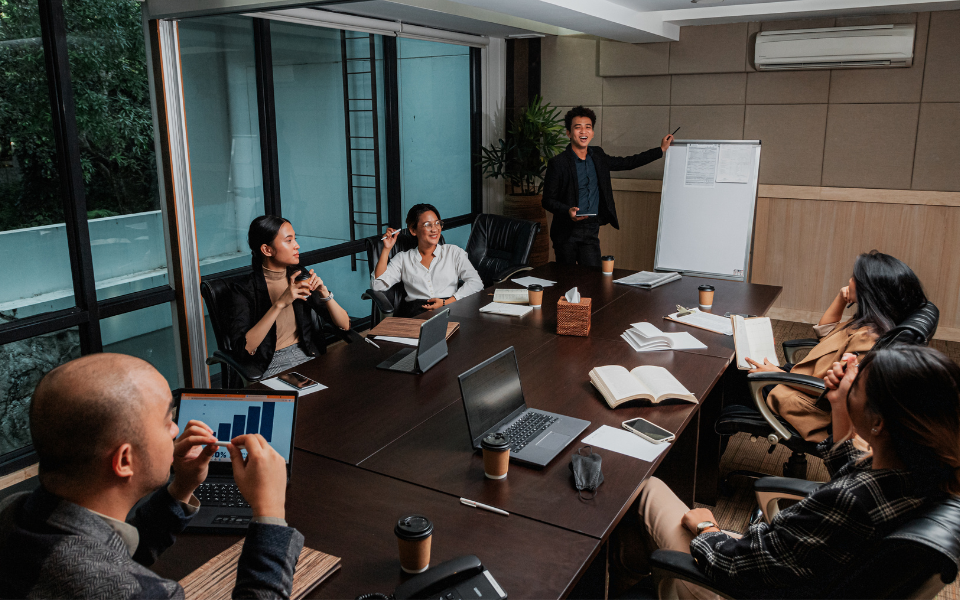 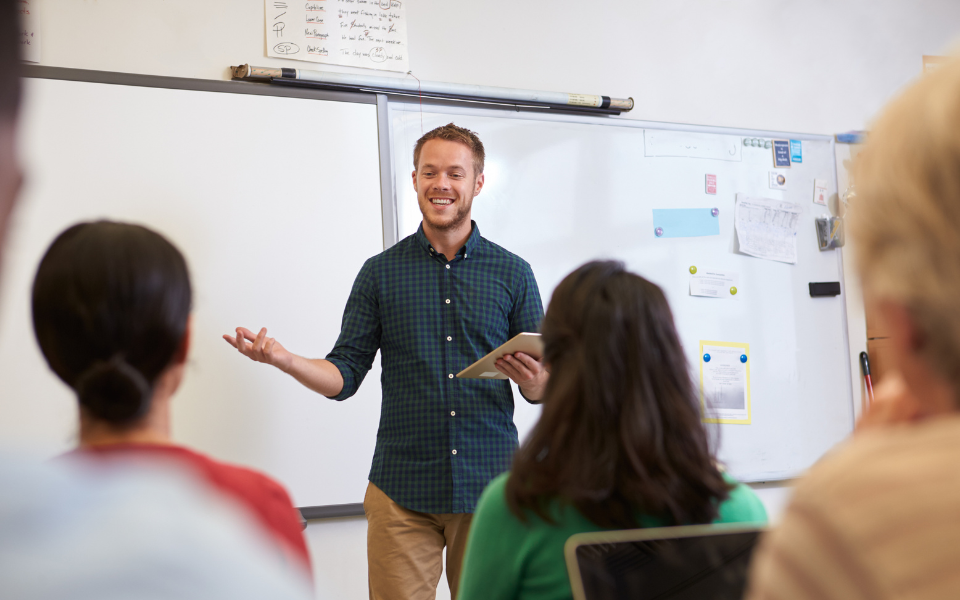 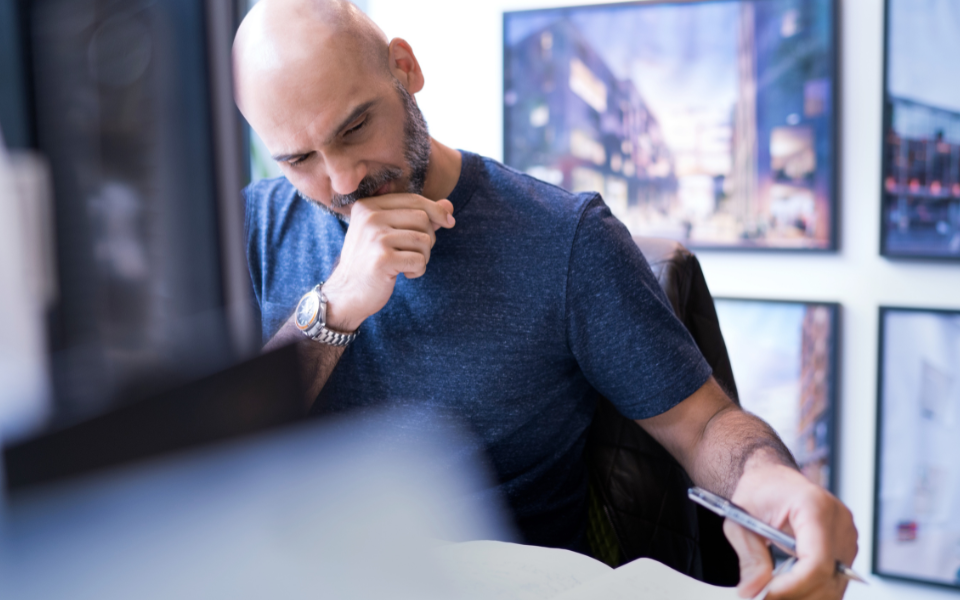 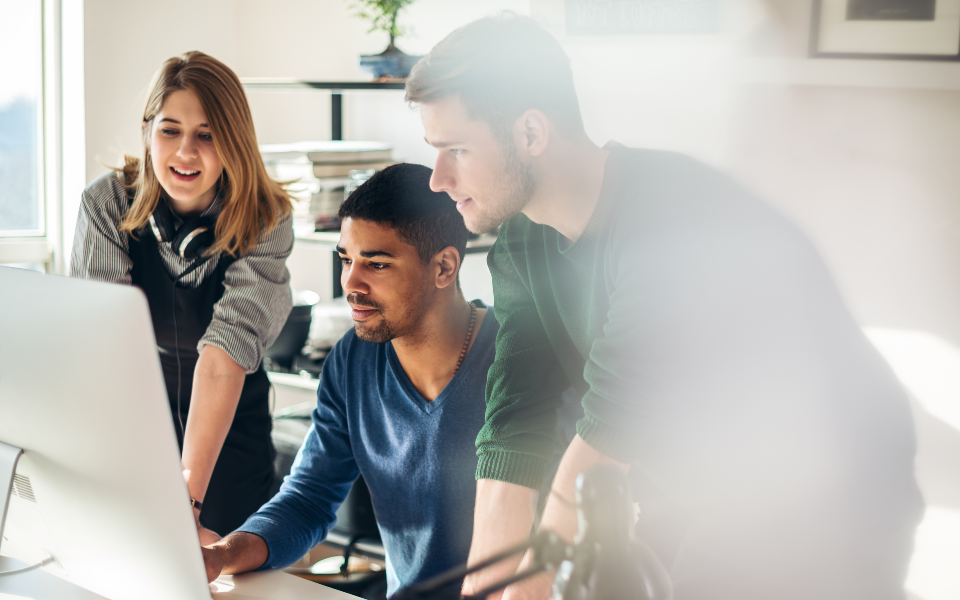 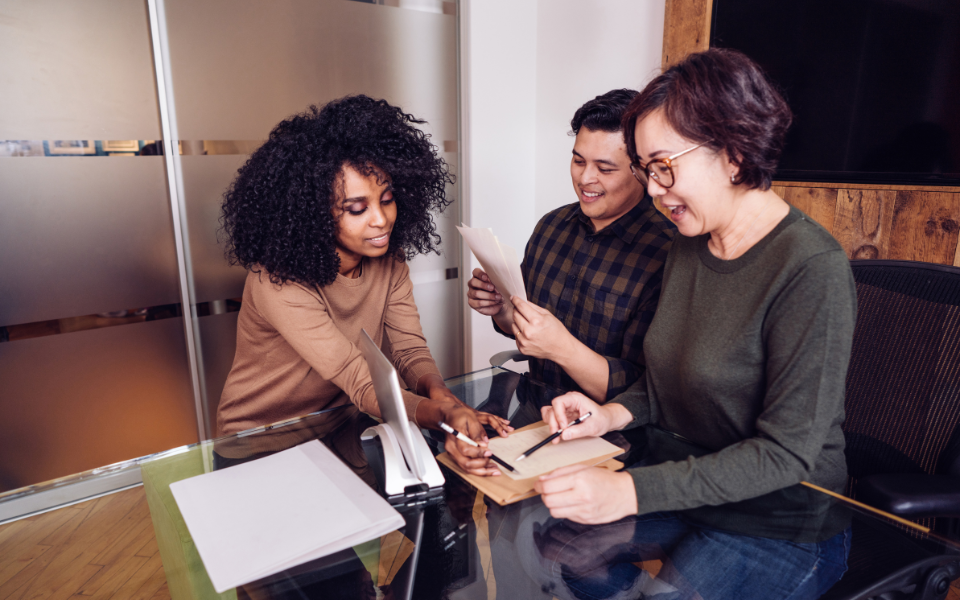 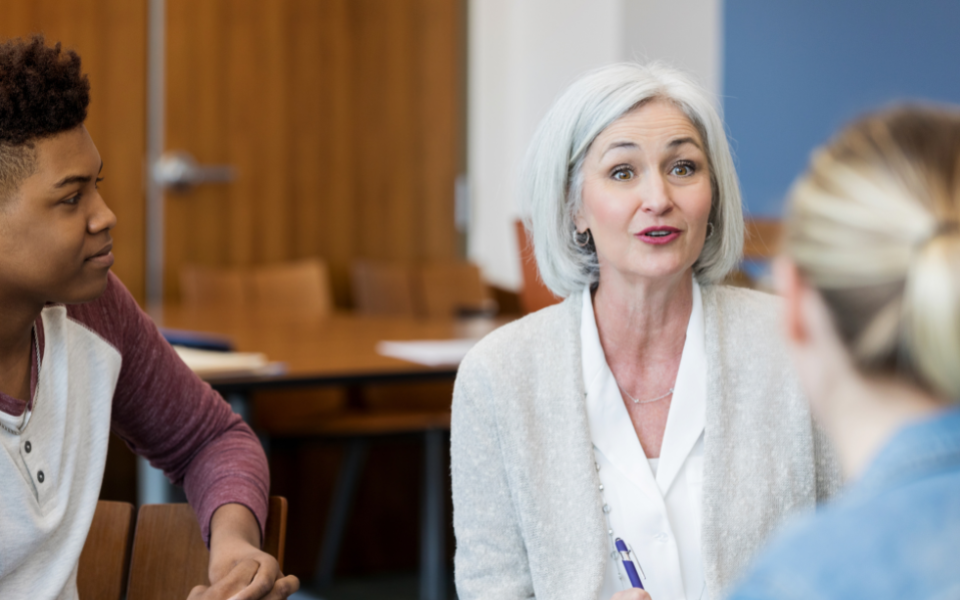 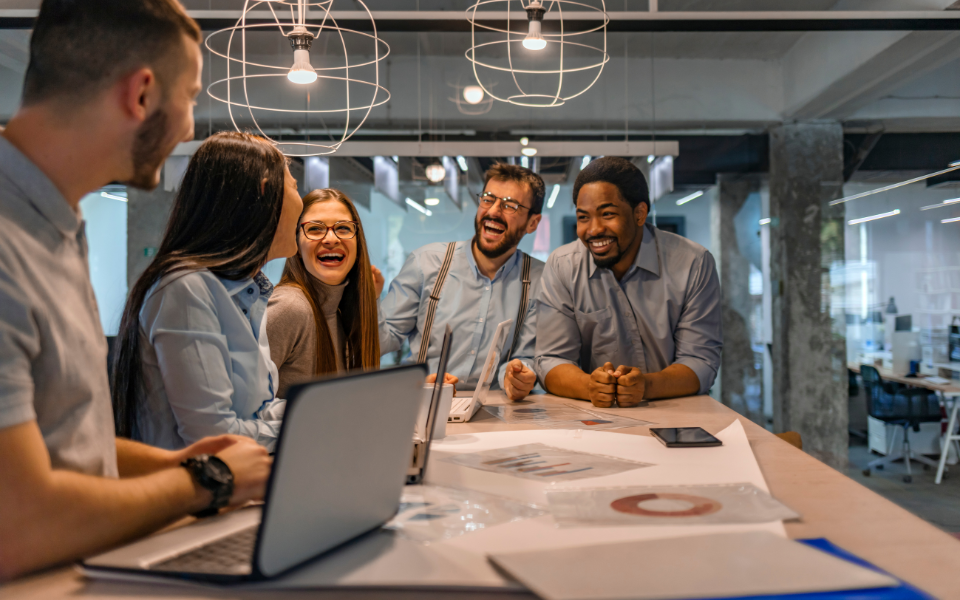 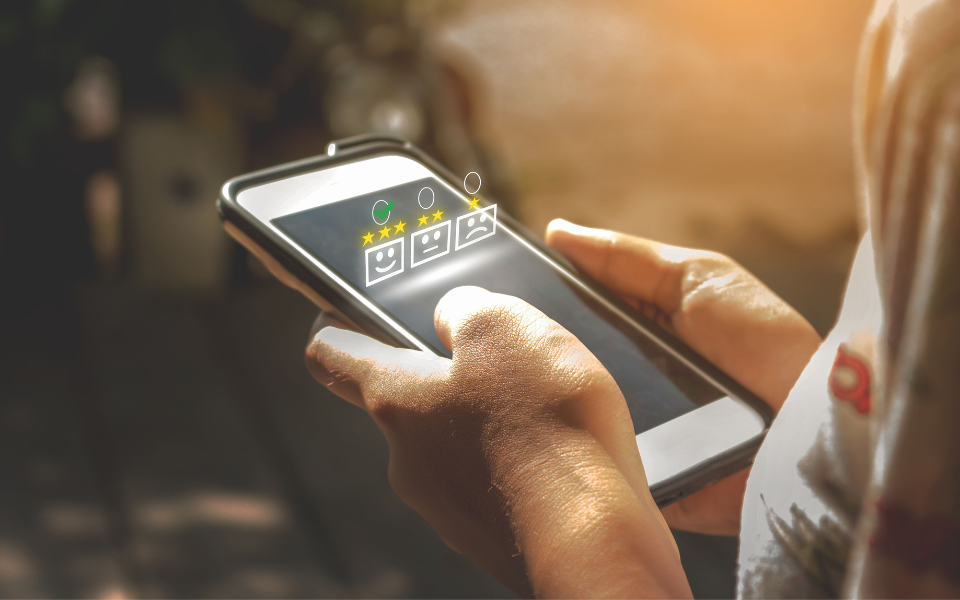 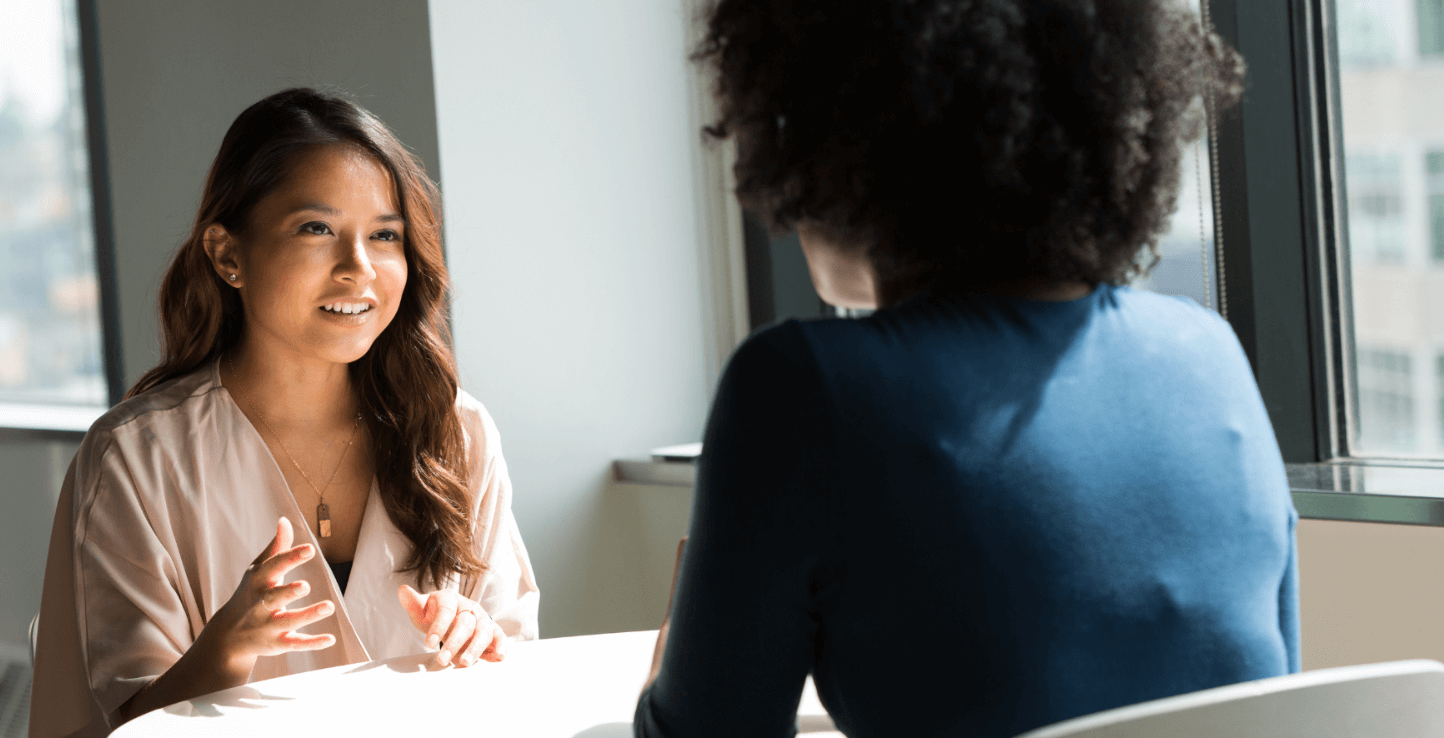 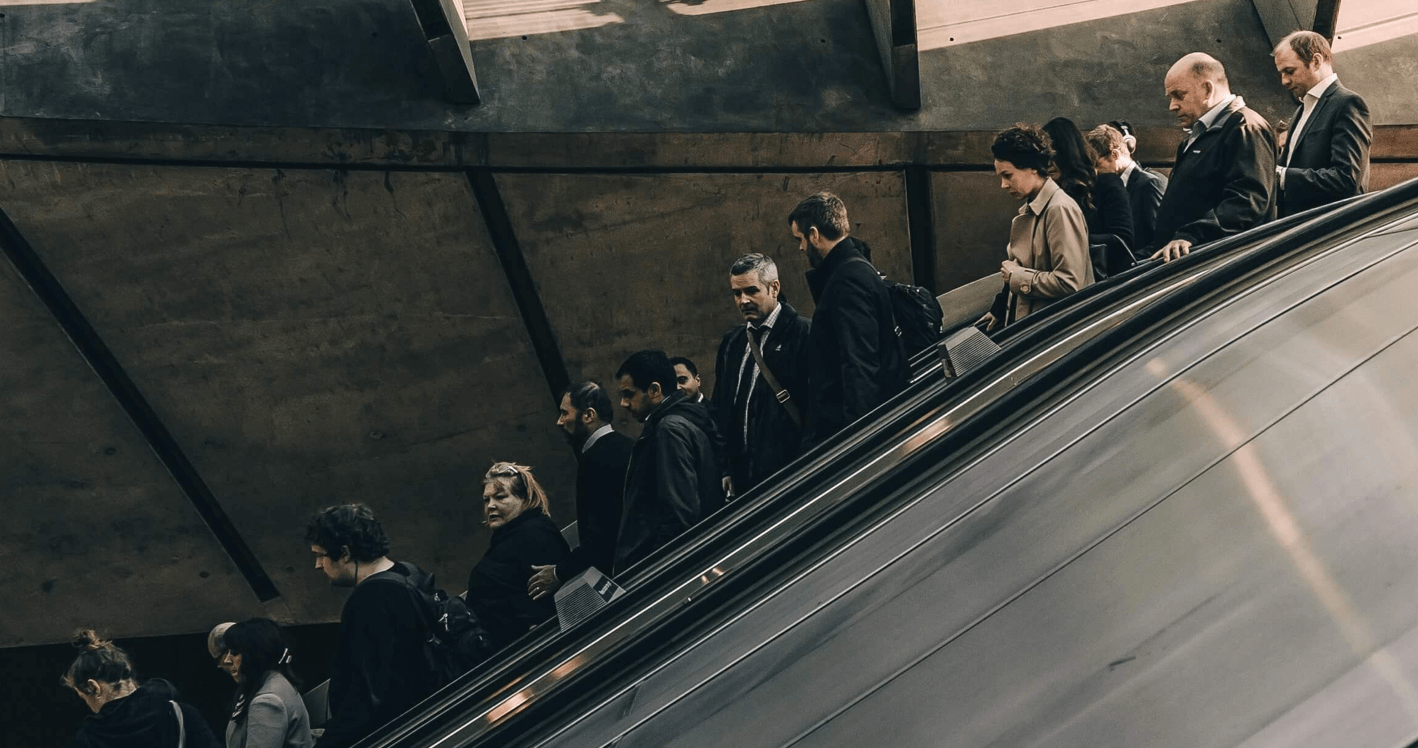 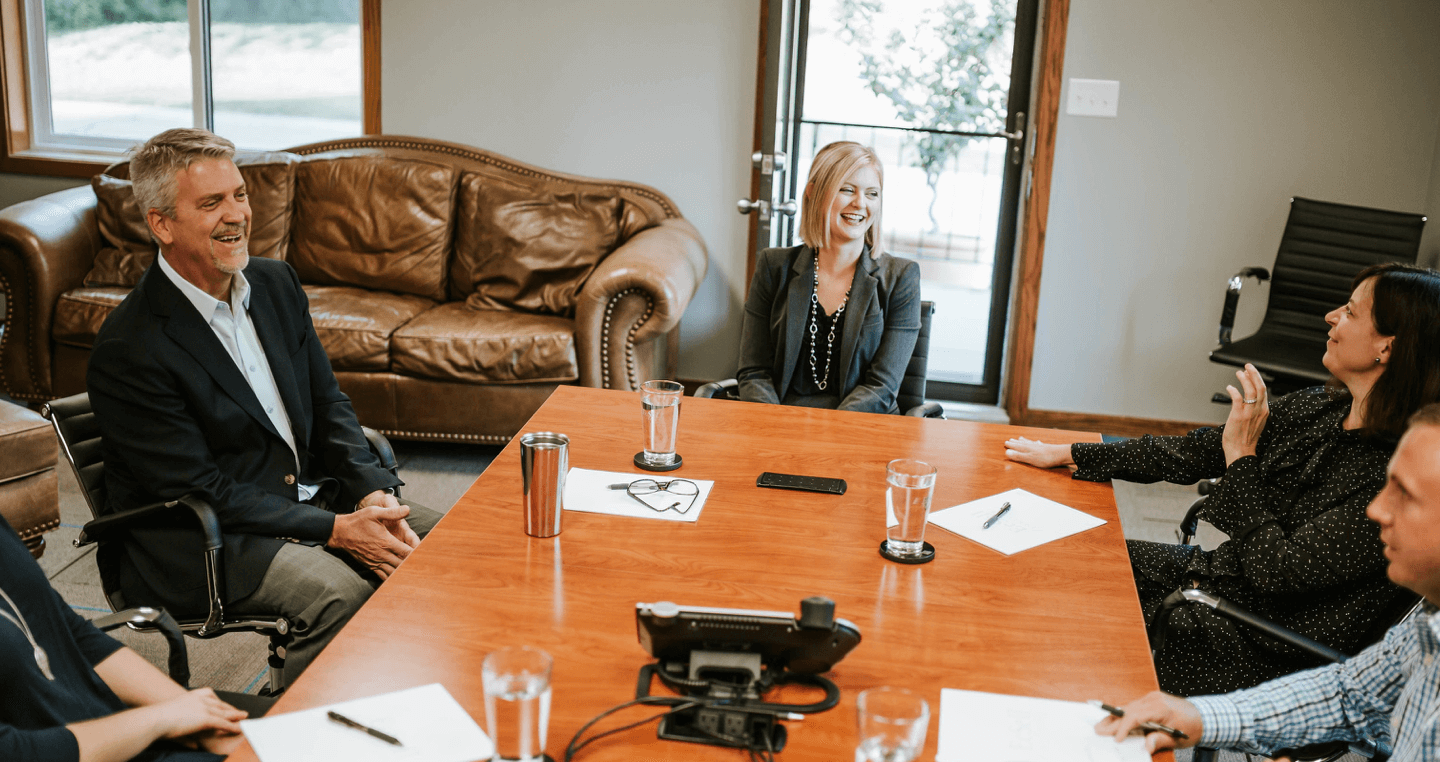 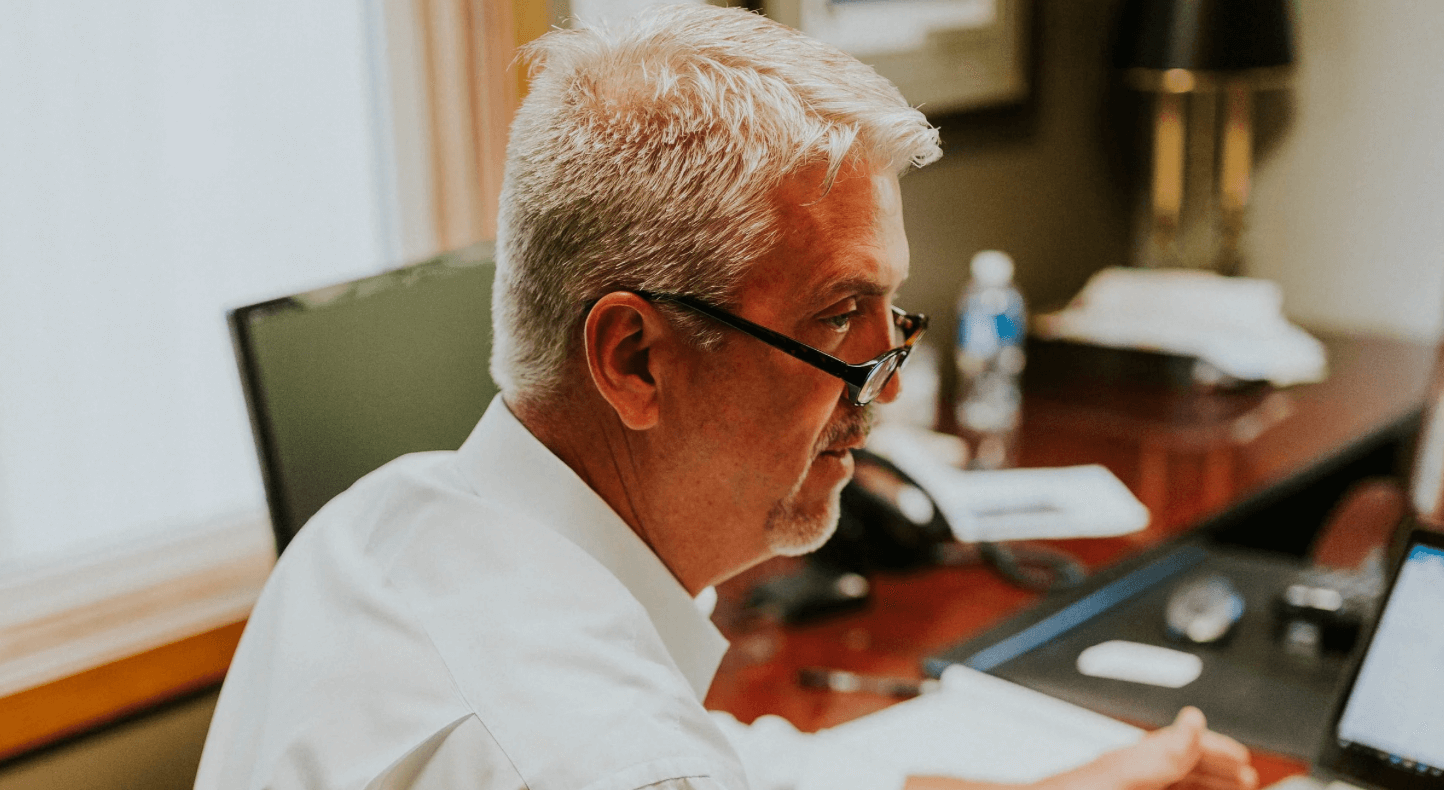 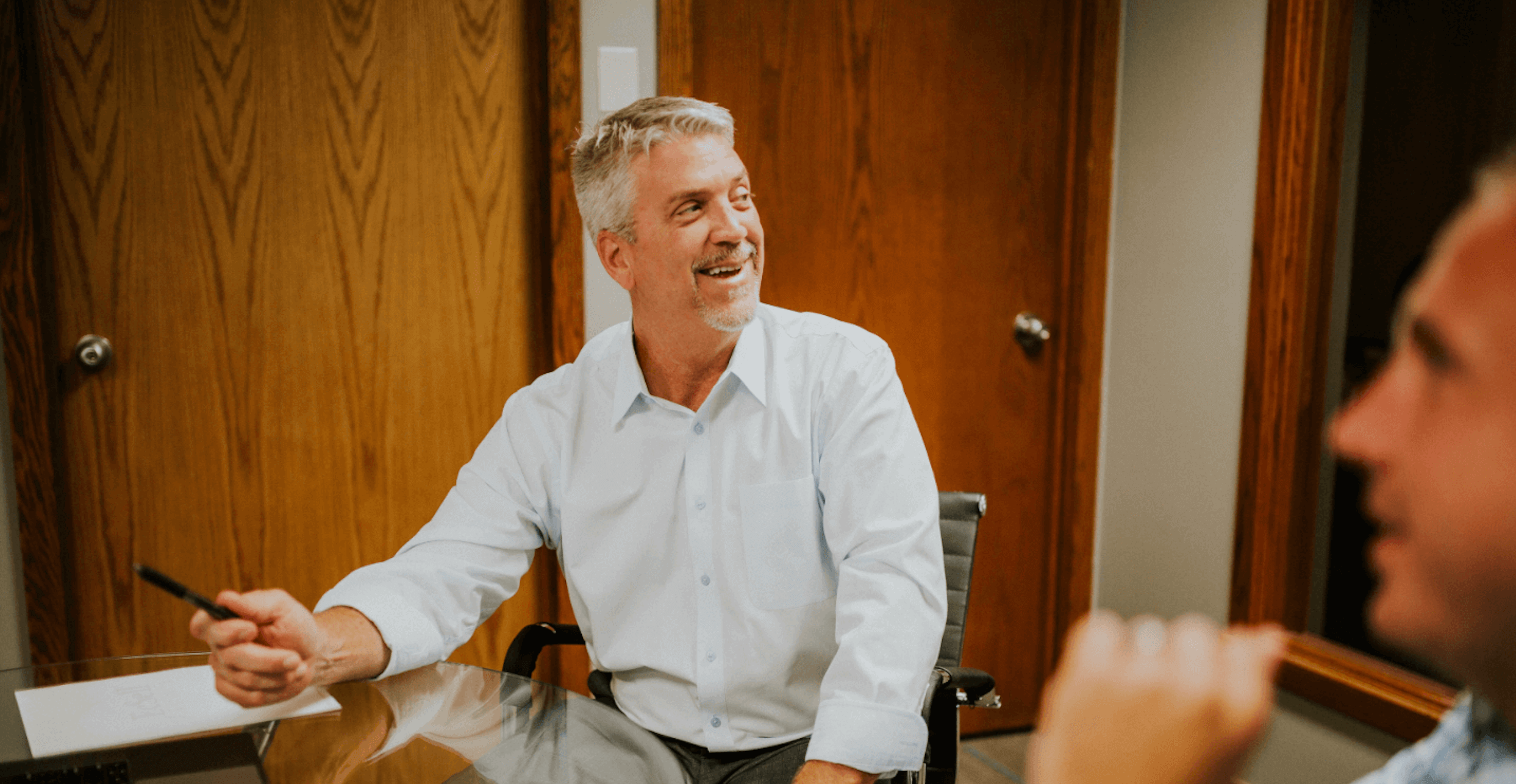 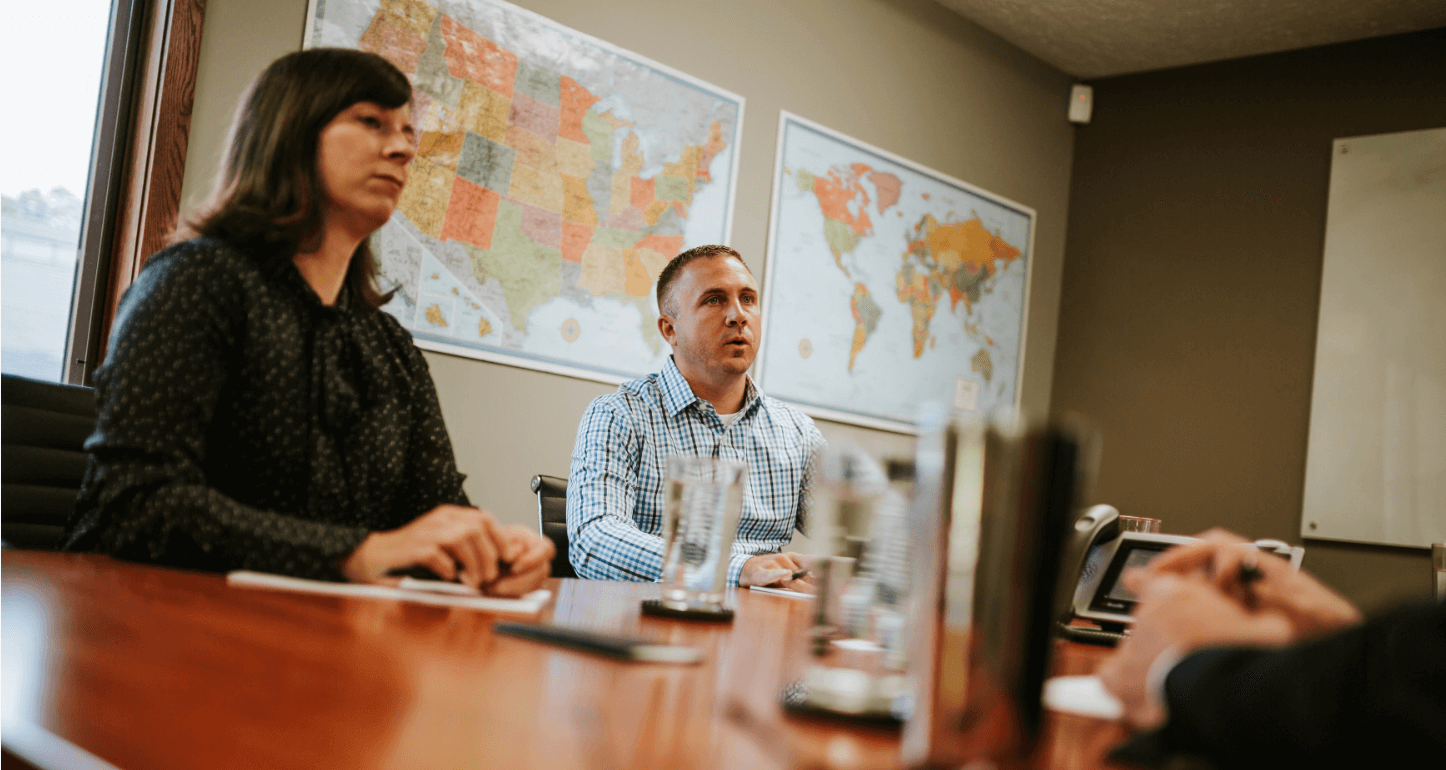 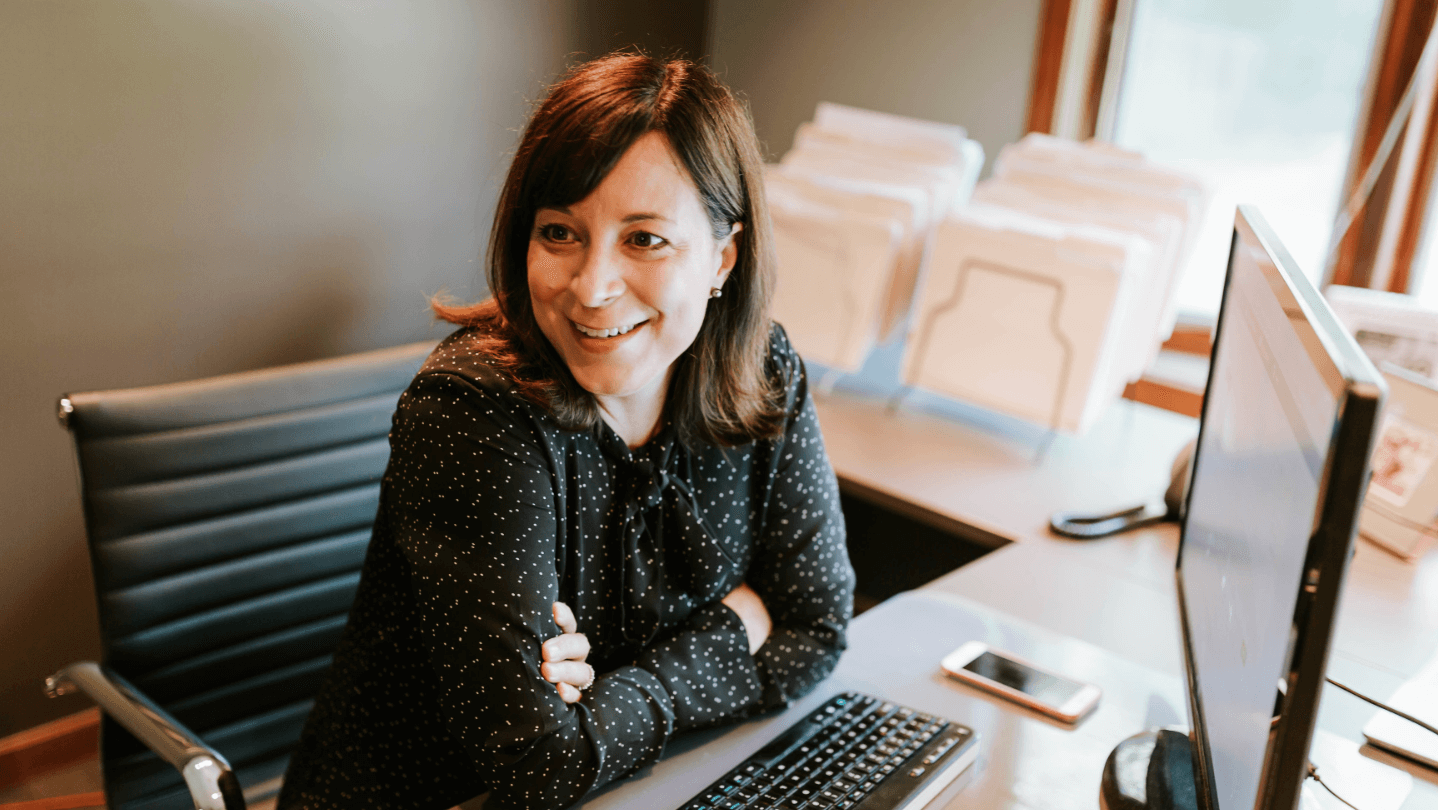 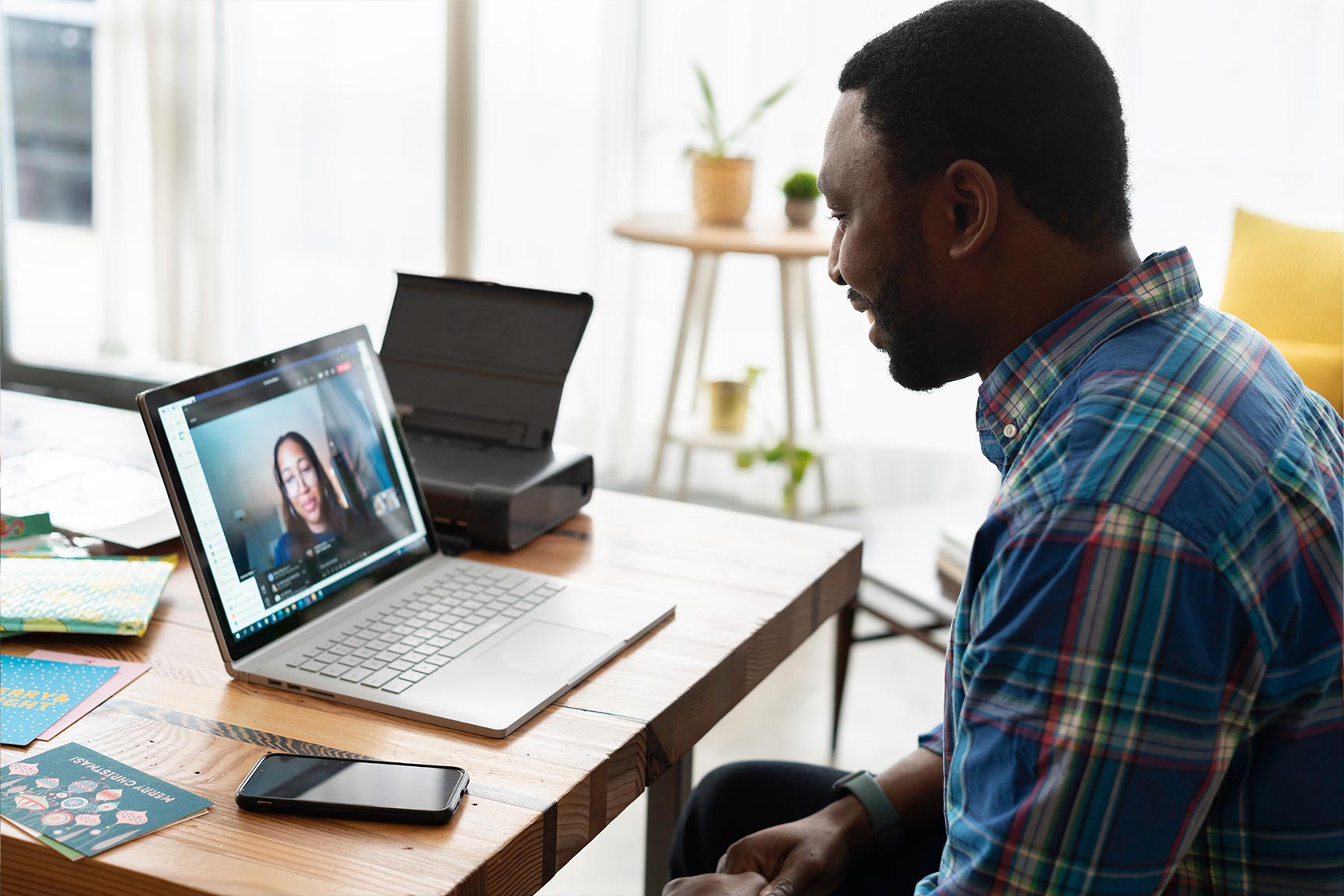 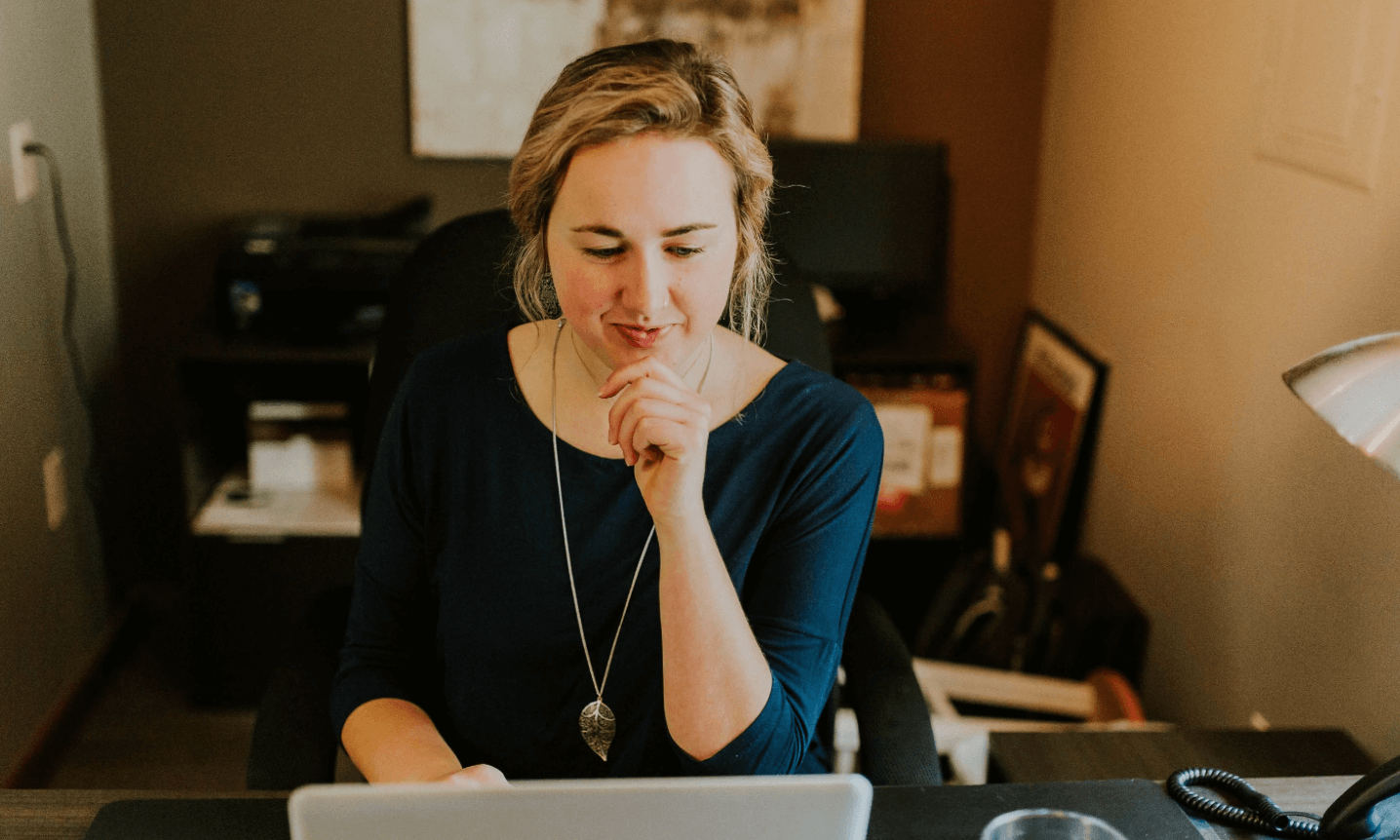 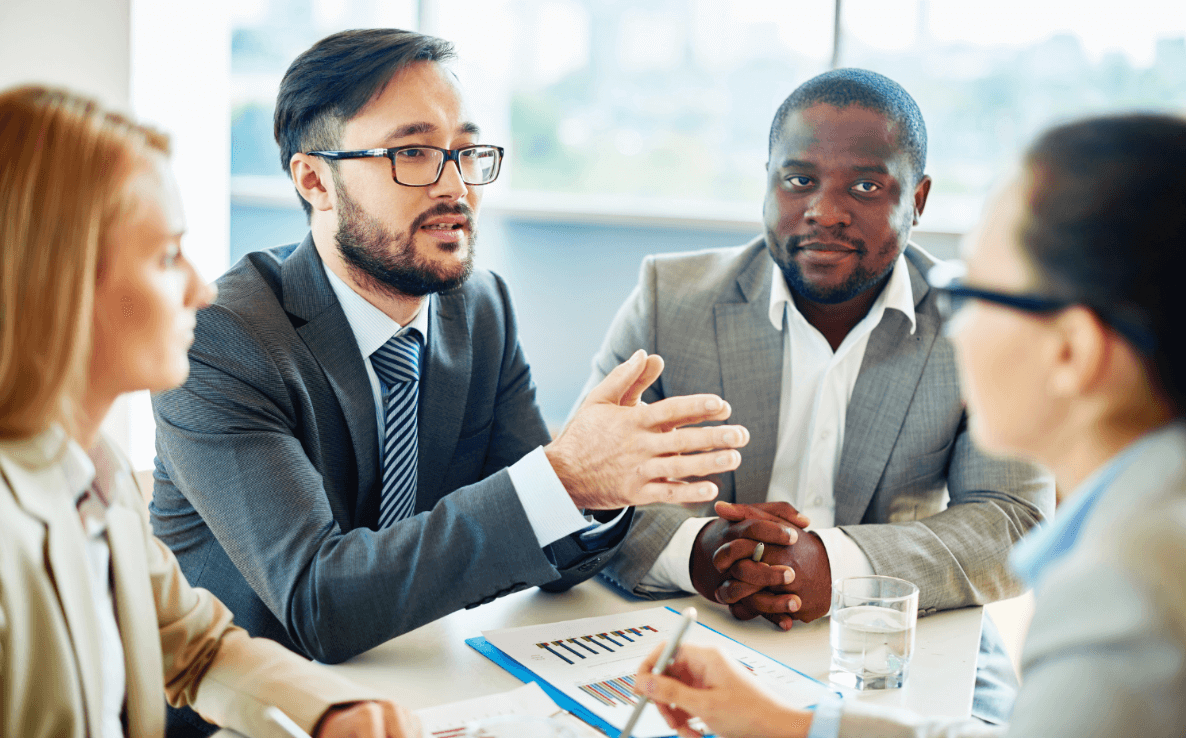